IMPORTANT INFO.. ……..PLEASE NOTE THAT THE NENE IS NOW CLOSED UNTIL FURTHER NOTICE DUE TO THE CURRENT COVID-19 SITUATION.……..

Yesterday evening I received a message from Ian Grant to say that on Thursday lunch time Terry was a car passenger that was involved in a serious road traffic accident which involved Terry being airlifted to Coventry hospital and Terry is currently in a coma.

Some of the newer club members may not have met Ian or Terry since Terry had recently only returned at the 2017 LSOR Euros having taken a couple of years off to establish his mechanical career and family but they joined our happy world of rc racing and the large scale off road travelling national circus back in 2011. Only a few weeks back they were planning on attending the 2018 nationals. 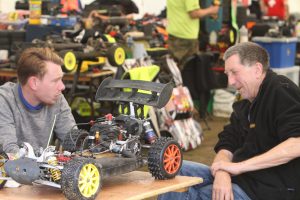 On behalf of the club I would like to send Terry, Ian and all there families all our thoughts for a speedy recovery.

This site uses Akismet to reduce spam. Learn how your comment data is processed.

May
30
Sat
all-day Nene Closed – Covid-19
Nene Closed – Covid-19
May 30 all-day
Please note the Nene is closed due to the Covid-19 outbreak. Please accept our apologises but health and welfare of others must come before our racing. We will keep you posted but currently don’t expect to reopen until the government ease restrictions on social gatherings. Watch this space ! Keep …
May
31
Sun
9:30 am NVR Bashing @ Nene Valley Raceway
NVR Bashing @ Nene Valley Raceway
May 31 @ 9:30 am – 3:00 pm
Weather permitting the Nene anticipates that it will be open for bashing to enable local RC owners to have a safe and professional area to run their vehicles alongside those owners who wish to tune their race vehicles.  Share this:FacebookEmailPrint
View Calendar
Add

(Dawn to dusk with a bit of fun)

The nene valley model car club is still closed
And this is for everyone!
We will not be opening for the odd one or two as this is unfair on the rest of the members.
I’m sure the BRCA are just trying to keep everyone up to date on the governments guidelines but this seems to have caused some confusion as it did with me.

So stay safe and hope to be back soon ... See MoreSee Less

Bit of a tidy up in car park and other areas ... See MoreSee Less

Well done guys. Fingers crossed the weather stays like this for the summer and we can enjoy all the hard work that’s been but in since last October.

Looks great, cant wait to get back spectating lol 😉

Wow is that the same car park 👍

Can anyone help looking to join a rc club to race my 1/10 scale large truggy at ur track ... See MoreSee Less

Still have this boys....MAY get round to making it electric next week👍 ... See MoreSee Less

Do we have to guess what it is?